Chairman of the day 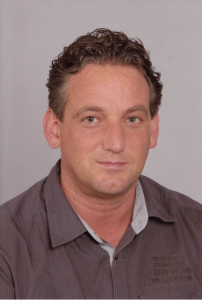 Nieck Benes chairs the group Films in Fluids, which is part of the research cluster Membrane Science and Technology. He has a longstanding background in molecular separations, with an emphasis on membrane technology for demanding process conditions. He is an alumnus of the UTwente (Chemical Technology, graduated in 1996 in the group of van Swaaij). He defended his PhD at the UTwente (2000, group of Verweij) and subsequently went to work in Industry (DSM Geleen). He returned to academia as staff member at the Eindhoven University of Technology (2003-2008, Process Development Group) before finally returning to the University of Twente.

Nourishing by Nature and the Need for Smart Factories 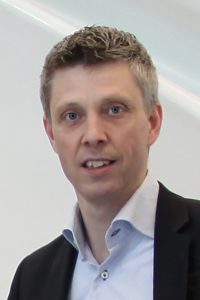 Marnix Morskate graduated in 2000 as a Chemical Engineer from the University of Twente, at the Inorganic Materials Science group. Marnix has worked for ICI-Uniqema (now Croda) in the oleochemical industry for 7 years in various roles including; process engineering, production management and supply chain management. The next 7 years he worked for the Vion Ingredients division that is active in animal by-products rendering. He worked there as global process development manager, predominantly for the Gelatin (food ingredients) industry. After brief interim roles as a manufacturing consultant for DSM and Danone, he now works as technology manager for Royal FrieslandCampina. Further defining the Smart Manufacturing concept, and making it applicable for FrieslandCampina such that it matches with its long term strategy, is what drives him in his daily work.

FrieslandCampina’s purpose is nourishing by nature. Better nutrition for the world, a good living for our farmers, now and for generations to come. With its nutrient rich dairy products, FrieslandCampina can support feeding the growing world population including people with low income. FrieslandCampina will pay more attention to optimizing products while keeping cost low. FrieslandCampina focuses on the long term – on future generations. Hence FrieslandCampina invests in the company’s long-term growth and health, while at the same time reducing the use of scarce natural resources, such that growth happens in a climate neutral way.  In order to achieve these complex targets that often have intricate interrelations, Smart Factories are needed. What these are…? Chemical Engineers can provide a lot of the answers! 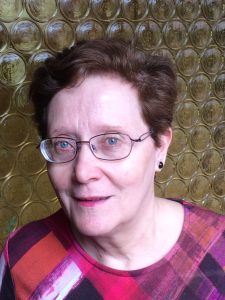 This outlook update shows ExxonMobil views on world energy use till 2040; it explains underlying changes per region, per energy type. It underpins why oil and natural gas need to play an important role to support global development in a sustainable way.

Annamarie graduated as master of materials engineering in 1981 at the Technical University in Delft; she started to work for ExxonMobil in 1981 as materials engineer at the Rotterdam refinery for the Flexicoker project, the largest foreign investment by a US company in Netherlands at the time, upgrading heavy fractions into cleaner and better products.

She progressed through various engineering and operational positions within ExxonMobil. In 2004, Annamarie assumed management responsibilities for the Safety, Health and Environmental department of the Rotterdam Botlek site. In 2010, she assumed responsibility for all organization restructuring activities. Annamarie is one of the driving forces behind the young graduate mentoring program as well as behind the promotion of inclusion and diversity activities within ExxonMobil. 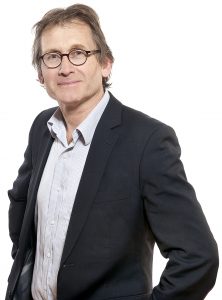 Ben Feringa (1951) has been awarded the Nobel Prize in Chemistry 2016. Feringa has been professor of Organic Chemistry since 1988. He is one of the best scientists of our time, both within the Netherlands and worldwide. His research performance is so exceptional that he is generally regarded as one of the world’s most creative and productive chemists. He has achieved breakthroughs in various fields of chemistry, including organic synthesis, catalysis, supramolecular chemistry and nanotechnology.

A shift in perspective for a world in transition 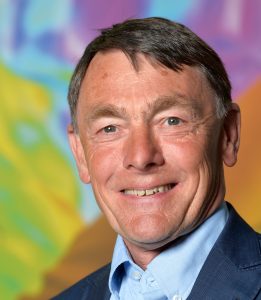 Shell has a long tradition in explorative scenario thinking. The current scenario’s Mountains and Oceans reflect this approach. However with an eye on the climate goals and the Paris agreement Shell has looked into a normative scenario approach as well: what needs to be done for a 1.5 to 2 degrees world? A better life and a healthy planet is the result of this new lens thinking.

Ewald Breunesse (1955) holds a masters’ in spatial- and business economics of the Free University in Amsterdam. In 1995 he obtained his Ph.D. on the thesis “Vision of pensions in the 21st century”. He started his career in food retailing, followed by retail banking and joined Shell in 1983. In Shell he was subsequently head marketing research, strategist in the Shell Pension Fund, corporate strategist in Shell Netherlands and change manager Retail. From 2000 to 2005 he was business manager of Shell’s electricity business in the Netherlands. His current position is Manager Energy Transitions and also focal point for grants & incentive schemes such as the EU Horizon 2020.